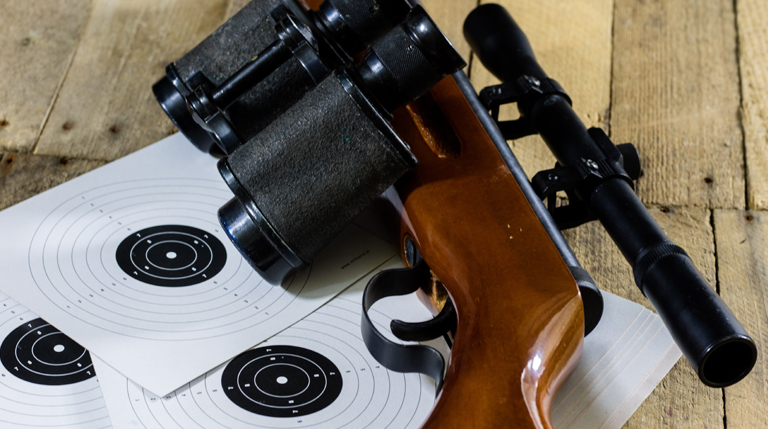 The shooting range is one of the best places in the world for air gun enthusiasts. Not only can you improve your shooting skills here, but you can also simply have fun and practice shooting all sorts of weapons for fun. However, not every rifle or pistol is suitable for use in a shooting range. This article is going to tell you how you can tell the difference, and also what kind of ammunition you can fit.

What kind of air guns are used in shooting range?

Before we get into the basics, let’s start by clarifying that there is simply no such thing as a ‘shooting rifle’. Many people believe that all sporting air rifles can be classified in this category, but can’t a hunting rifle be taken to the range to be used for target practice? Or why not use a submachine gun at the shooting range and see how it behaves at different distances? Thus almost any existing air rifle can be used in the shooting gallery:

However, any professional shooting range has its own universal arsenal with several models of each variety of pneumatics. Such weapons should meet the following requirements – they should be easy to use by both beginners and professionals, have a simple design (for fast repair and maintenance), as well as have the ability to upgrade, because many people come to the range specifically to shoot with a collimator rifle or optics. 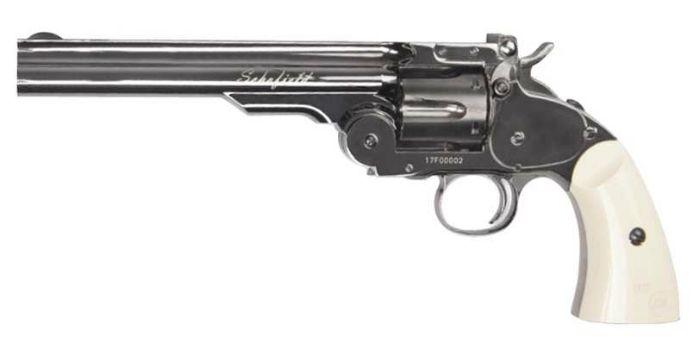 Now let’s take a closer look at what air guns are used in shooting ranges. And we won’t start with rifles, but with the most popular type of air rifles – pistols and revolvers. We’ve deliberately grouped these two varieties into one section, as most beginners see no difference between them other than the fact that one uses a magazine to store ammunition and the other uses a drum. Be that as it may, here’s a list of popular models that are often found in shooting ranges:

As you can see, there are a lot of guns and revolvers in the arsenal of shooting galleries. And these are only those models that are encountered more often than others. Many shooting galleries try to stand out from their competitors and attract the attention of customers with unusual weapons. However, this rule does not apply only to pistols, so let us consider other types of airguns, such as assault rifles, submachine guns or classic rifles. 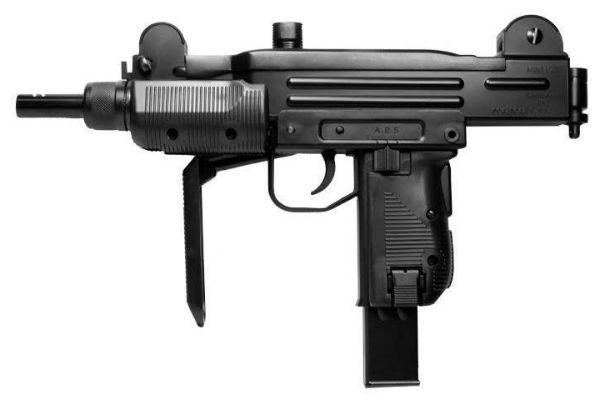 Airsoft submachine guns are one of the few categories of air rifles not often seen in shooting galleries. Nevertheless, they are very popular among fans of air gun shooting, so they often come to such places to shoot or to practice.

Here is a list and brief description of a few popular models:

One of the most popular submachine guns, based on the world famous Mini UZI. Generally, the trend of using Mini UZI as a pattern for submachine guns is quite common, so don’t be surprised if most airgun models look similar to each other. Nevertheless, this submachine gun is notable for its high range, good accuracy, and the presence of a Blowback system.

The ASG Ingram M is a budget-priced airsoft submachine gun, which is ideal for fans of airsoft shooting and target practice. Why these two categories of buyers? Firstly, the submachine gun has a low weight which allows for quick aiming. Secondly, it has 27-shot magazine, which is a great advantage not only in combat but also during training (it does not require frequent reloading).

And how not to mention one of the highest quality replicas of the UZM, which not only has Blowback system, but also has a lot of design similarities with the original. For example, how about the fact that the model weighs 2200 grams? Yes, it is a bit heavy. However, it is the weight that leads a shooter to believe that it is a real submachine gun, and not a pathetic copy.

As for the air rifles, this category of weapon is gaining popularity rapidly. The reason for this is the development of the Blowback system (simulation of bolt movement during firing), which was so lacking in automatic weapons. Also, these models can be upgraded and fitted with ammunition, which is important for both recreational and sport shooting enthusiasts. Here is the list of models:

This is an excellent automatic rifle for range, based on the famous American M4A. This rifle is fully automatic and has the magazine for 30 rounds. In addition to this gun it has a very comfortable pistol grip and an adjustable telescopic buttstock. It also features adjustable telescoping buttstock, adjustable rear sight and integral quad rails.

Another excellent rifle from the American gun company. This model is also based on the combat prototype, but only on M16A. Just like the original, it has variable rate of fire (automatic, single or 3-shot). It has excellent long range accuracy and can be used in conjunction with rifle scopes.

And once we started talking about copies of the legendary automatic weapons, it would be unfair not to mention our Russian Kalashnikov submachine gun. Turkish company produced not the best submachine gun, but it is a fish out of water. It differs from its fire original slightly, but it is not prevented from frequent use in shooting galleries. It has excellent fire rate, excellent accuracy and good build quality.

When it comes to air rifles, there is a huge variety. However, it should be noted straight away that the three models in the list below are not the best in the world. They are only found in Russian shooting ranges much more often than others. We will talk more about the top of the best rifles, but for now, here are 3 good models for you to review:

An excellent replacement for the legendary MP-512 and the equally legendary IZH-22. This rifle differs from older models by its improved tactical and technological features, better ergonomics, and higher quality of assembling. This rifle is very suitable for beginners as it forgives most of mistakes made during training shooting.

This well-known Turkish rifle has many similarities to the MP-512, but differs from it by a better quality trigger unit. It is not a very powerful rifle, but it is perfect for indoor shooting as it has very low dispersion at long range (about 1 inch at 50 meters). The only drawback is too big weight.

Despite of the fact that more than 20 years passed since its release, this model is still present in 90% of shooting ranges as a training weapon. What is the reason for its popularity? Because of the simple construction as well as the high quality of the workmanship. It seldom breaks down, but if it does, it can be repaired even by a novice. It is also frequently used in sporting events.

Now let’s talk about which models of air rifles for shooting ranges are the best in the world. The following table shows not only the names but also the prices of such guns and the ranking based on customer feedback. It goes without saying that these rifles are not often found at shooting ranges due to high cost and difficulty to obtain spare parts. However, these rifles are rightfully considered the best models for training and recreational shooting, as they have good specifications for performance, ergonomics and possibilities for upgrading.

It should not be forgotten that ‘range air rifles’ are also weapons that can easily be upgraded. Many people, when they come to the shooting range, want to try out not only the new models of rifles, but also the ammunition that goes with them. With that in mind, we have compiled a small list of the accessories that are most often fitted to rifles for practice and recreational shooting:

Optical sights are the most common type of scope for air rifles and automatic rifles. These sights can have a variable magnification so that the shooter can adjust the level of detail depending on the size of the target.

And don’t forget about the various accessories that allow for the transportation of weapons from home to the shooting range. For example, a case that holds not only the weapon itself, but also various accessories and consumables (oil, bullets, targets, etc.) is indispensable.

The question of which air rifle bullets to choose is one of the most pressing, because there are a huge number of options that differ not only in calibre or shape, but also in weight, material and performance. Here is a list of ballistic projectiles that are suitable for shooting at a shooting range:

The Most Popular Guns to Use at the Range

We use cookies on our website to give you the most relevant experience by remembering your preferences and repeat visits. By clicking “Accept”, you consent to the use of ALL the cookies.
Cookie settingsACCEPT
Manage consent

This website uses cookies to improve your experience while you navigate through the website. Out of these, the cookies that are categorized as necessary are stored on your browser as they are essential for the working of basic functionalities of the website. We also use third-party cookies that help us analyze and understand how you use this website. These cookies will be stored in your browser only with your consent. You also have the option to opt-out of these cookies. But opting out of some of these cookies may affect your browsing experience.
Necessary Always Enabled

Performance cookies are used to understand and analyze the key performance indexes of the website which helps in delivering a better user experience for the visitors.

Analytical cookies are used to understand how visitors interact with the website. These cookies help provide information on metrics the number of visitors, bounce rate, traffic source, etc.

Advertisement cookies are used to provide visitors with relevant ads and marketing campaigns. These cookies track visitors across websites and collect information to provide customized ads.

Other uncategorized cookies are those that are being analyzed and have not been classified into a category as yet.